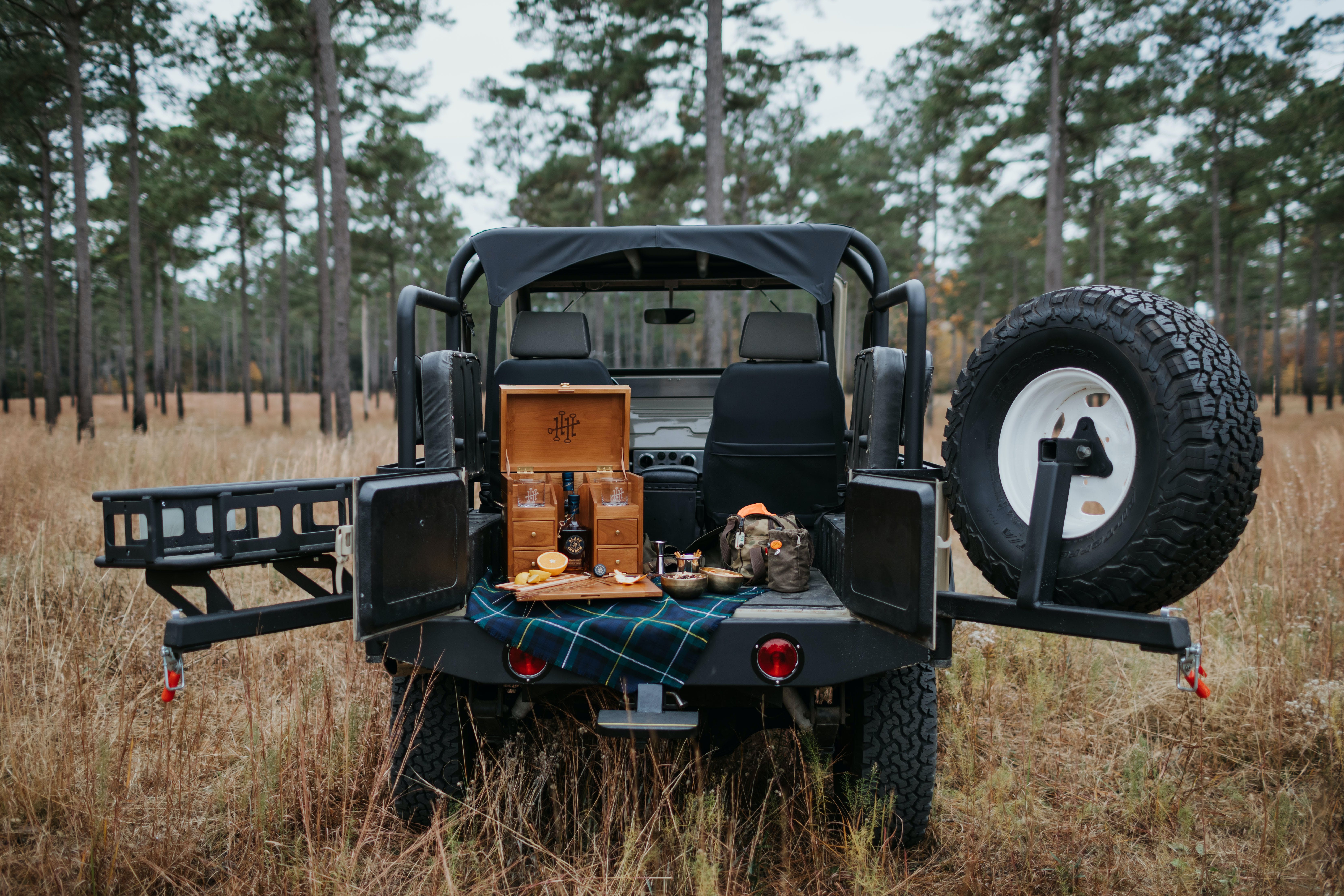 When on safari in Africa, Hemingway always kept several bottles of Campari and Gordon’s gin on hand, in order to whip up a gimlet or a sort of lazy man’s Negroni. He never saw fit to record what he carted them around in however. Most likely a battered old leather correspondent’s case, although it’s possible he purchased some sort of campaign bar at the original Abercrombie & Fitch store in Manhattan, where he liked to buy his safari jackets. We’re picturing a bluff wooden trunk-type affair, redolent of British officers in India sitting around quaffing gin and tonics to “protect” themselves from malaria.

We imagine it would have looked a lot like the Blade & Bow Field Bar recently commissioned for Garden & Gun, one of the world’s best magazines. Designed, of course, to hold a bottle (not included, sadly) of Blade & Bow Kentucky Straight Bourbon Whiskey. And a damned handsome bottle it is too, with its brass key motif paying tribute to the historic Stitzel-Weller Distillery built by the Van Winkle family in Louisville in 1935.

Unless you are a hardcore, Hemingway-esque character who cannot go grouse hunting (or play a round of golf) without a properly-made Old Fashioned on hand at every turn however, it may be hard to justify the $4,600 price tag of this portable piece of cocktail nostalgia. But if you care enough to own a vintage Land Rover, wear only hand-loomed Harris Tweed, and use a London-made shotgun, it may be just the thing. All images courtesy of Blade & Bow.

Certainly the details seem to indicate it’s well worth the money. The field bar is hand crafted in York, South Carolina, by the father-son team behind Leake Furniture Makers, Garden & Gun informs us, from prime Pennsylvania cherry wood with solid brass campaign-style hardware. It comes with four solid crystal rocks glasses engraved with the Blade & Bow five-keys emblem; a bespoke brass bar set made by Lost Cove Jewelry of Woodfin, North Carolina, including a bar spoon, cocktail fork, and four garnish picks; a set of tartan napkins; and a matching tartan wool throw.

Of course you don’t need to actually carry it into the field to want to own the thing. Maybe you’ll never move it out of your own back yard. Will it make your bourbon taste better, or help you write like Hemingway? Of course not. But it sure as hell won’t hurt. 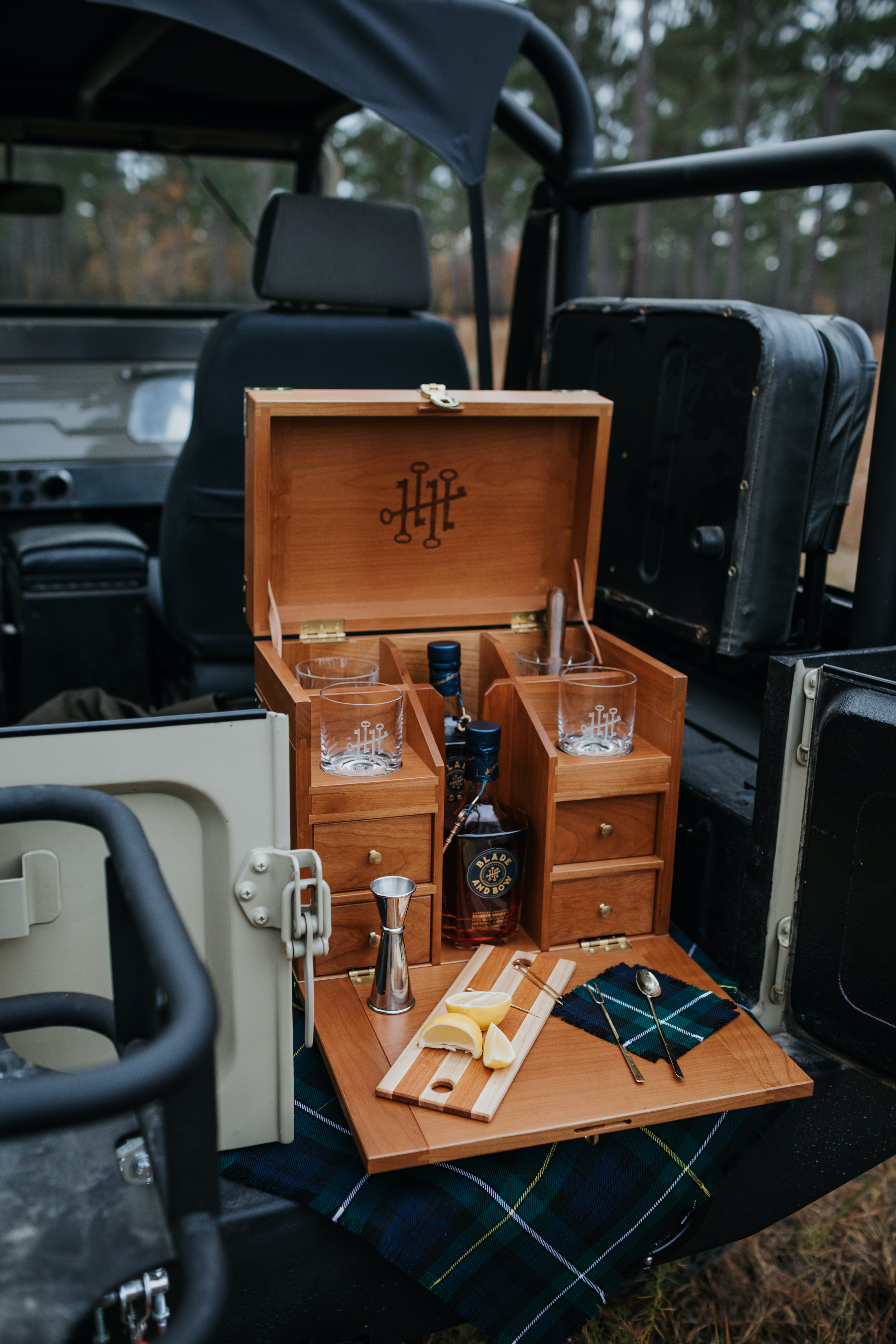