There's a growing divide in America between expensive artisanal pizza and ridiculously cheap slice spots. The hard working pizza that we all love and depend on is disappearing. Middle class pizza is neither the grease-soaked dollar slice consumed after last call, or the non-GMO Neapolitan crowned by locally sourced fiddleheads and garlic scape pesto (that’ll be $25.99, please).

No, middle class pizza is honest and affordable, a simple pleasure that costs a couple of bucks and spurs neither regret nor introspection. It’s what you order to reward your friends following a successful move or bring home on a Saturday when you just can’t be bothered to cook and have a Netflix pick lined-up.

But like other middle-class institutions, it feels as if pizza’s center is growing increasingly scarce, squeezed by cheapo slices on one end and buzzy, artisanal pies on the other. So, in the spirit of preserving affordable, quality pizza, I’ve decided to highlight a roster of parlors that fit the bill in my city, Boston. Some of the businesses that follow are locally famous names, while others are anonymous outside of their own neighborhoods. What unites them all is that you can come away truly satisfied, for not much money, and not feel bad about it later.

Santarpio’s is famous, but a topic of controversy: a lot of people make the trek to East Boston to sample it but come back disappointed. I suspect these eaters are expecting something fancy, but Santarpio’s is simply an old-school pizzeria where you can sink into a booth and share a cheesy, chewy, and genuinely great pie with friends for $11 (just as recommendable are its grilled steak tips or lamb skewers, which come with hot peppers and crusty Italian bread). It’s also the only place in the world that I’ve seen wine poured out of a soda gun, which to this day confounds me. 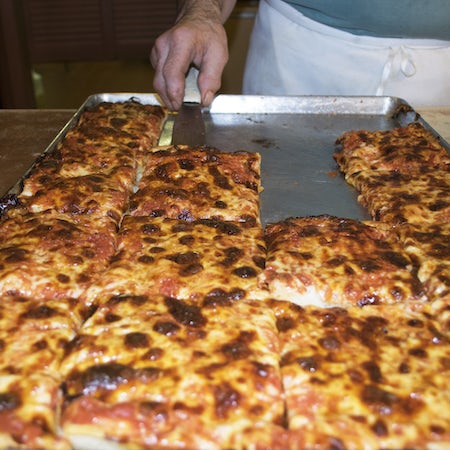 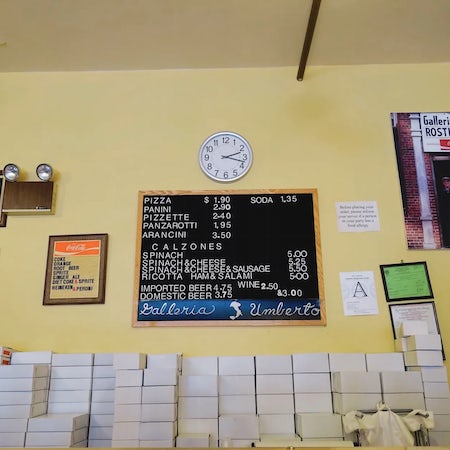 In terms of pricing, Galleria Umberto sits on the low end: it’s one of the few places I can think of where a slice costs less than two bucks. But don’t hold it against them: nothing, including the prices, seems to have changed here since Carter was president. And that’s fine by me: Umberto’s pizza is distinct, a thin square that’s shaped like a Sicilian but closer to an NY-style in taste, typified by lots of salty, caramelized cheese and runny sauce. I like pairing a single slice with one of their cheesy, crispy (and equally cheap) arancini.

Florina seems to have its feet in two worlds. Yes, you can pony up $20 for a “Big Kahuna” made with rosemary prosciutto, hot peppers and pineapple, but you can also find an oversized slice of cheese for $3.50. Said pizza, I should add, is incredibly good—sliced wide enough to fold yet thin enough that you could probably manage two slices.

When I say Regina, I’m talking about their North End location, which has been continuously operating for 95 years and looks like it’s been staged for a Martin Scorsese shoot. The business turned into something of a local chain, but most locations shuttered in the last couple of years. Regina is just greasy enough to satisfy that fatty-pizza itch without going into overkill, and its homemade sausage is great. I once saw a couple carry out a cheese pie from Regina and proceed to eat it from the trunk of their parked car, which is al fresco dining at its unpretentious best. 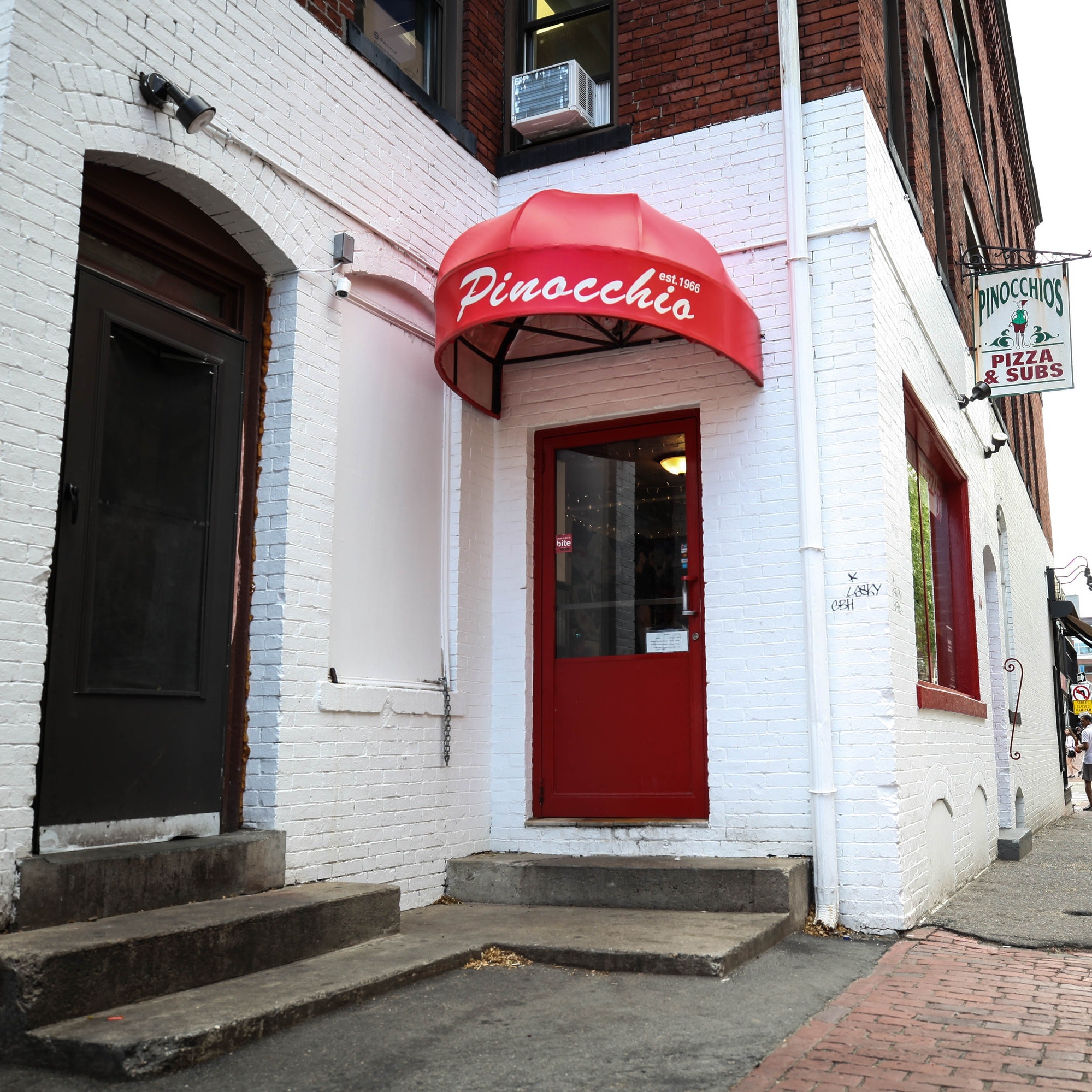 Pinocchio’s may be the last place in the world that doesn’t cringe at Mark Zuckerberg: its wall proudly bears a photo of the Facebook founder chowing down on one of its Sicilian-style slices, back when he was a student at nearby Harvard. I tend to go to Pinocchio’s direct from The Andover Shop, and like to imagine that I’m budgetarily correcting for whatever purchase I’ve just made with a spendthrift lunch of fluffy Sicilian pizza with a crispy, salty crust.

To paraphrase former Wisconsin Governor Scott Walker, Felcaro is “aggressively normal,” a fairly anonymous Beacon Hill spot patronized by healthcare workers from Mass General and students from Suffolk University. The sort of place where you can get two slices of cheese and a Diet Coke for $7.99 or show up on Wednesdays for its ranch-drizzled buffalo chicken. Yet I’d find myself returning again and again for a slice of their bruschetta, a simple white pie covered in finely diced tomatoes, parsley, and a ton of garlic.