Where to Shop in Portland

Going Beyond Golf in Maine

Portland, Maine—which I will remind readers was the original Portland—has a lot going for it. There’s the charming 19th century architecture, the nearby Cape Arundel Golf Club, and of course, lobster.

And while it’s well-known that this town of just over 66,000 punches far above its weight in terms of food and drink, its surprisingly robust menswear scene flies under the radar. For such a little burg, Portland maintains more independent men’s shops than cities ten times its size (cough, Boston).

Listed below are my favorite four, which are all located within the same four-block radius of the city’s historic Old Port district. Depending on your browsing speed, you could run through the whole lot in an hour or two. Afterward, I strongly recommend an Espresso Martini at Portland Hunt + Alpine Club. 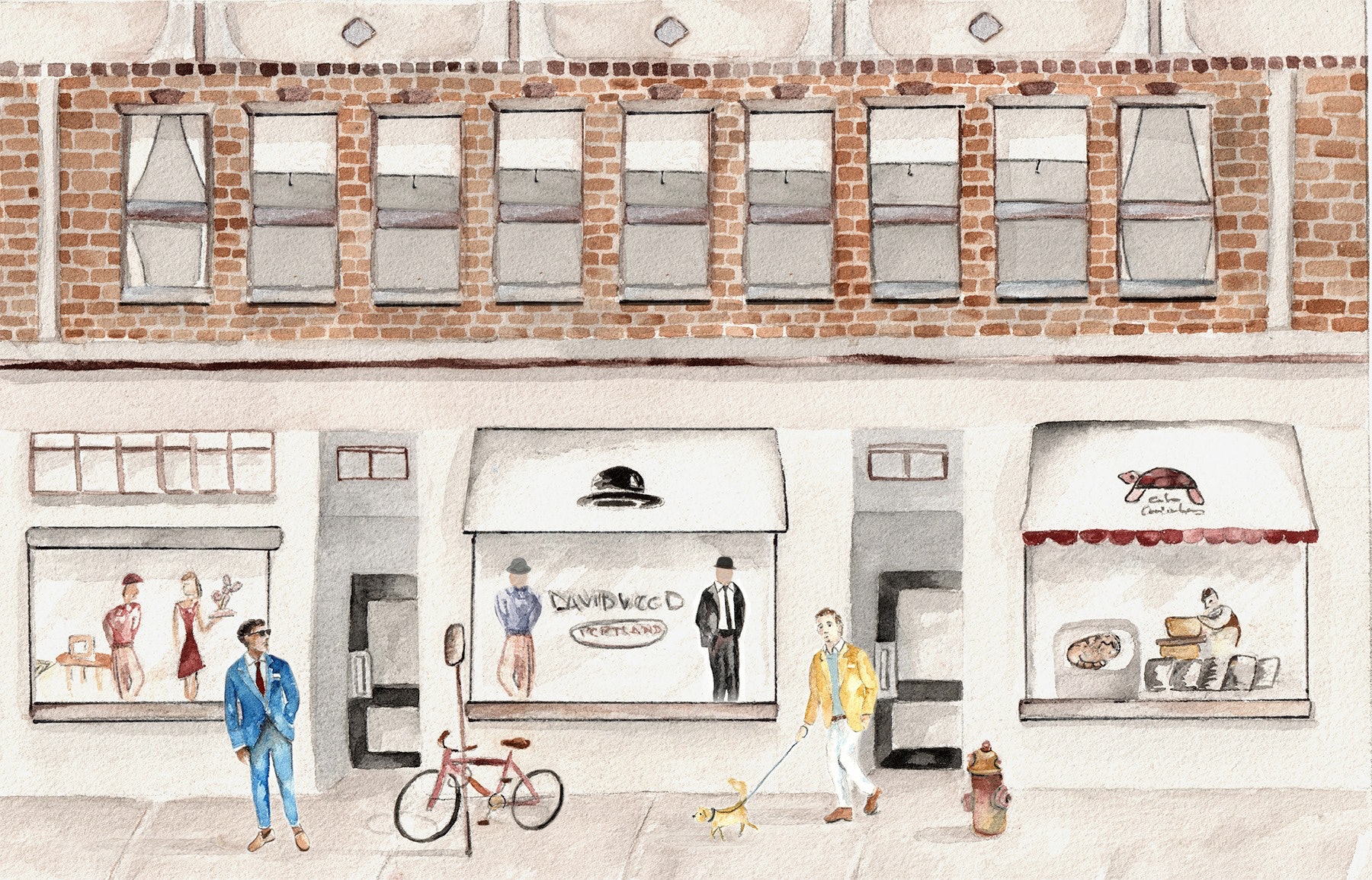 At first glance, David Wood might strike you as the fuddy-duddy haberdashery that many Northeastern towns still host: there’s the nautical décor (in this case, model sailboats), the wall of Aldens, and glass-topped cabinets that hold pocket squares, cuff links and other tailoring minutiae. But look more closely, and you’ll soon discover that David Wood has an eclectic, personal style of its own that manifests in technicolor Drake’s scarves, vibrantly colored or patterned tailoring and workwear, and some funky house collaborations with Alden (I picked up a snuff suede Indy boot with a commando sole there years back). The house style is best exhibited by David Wood the man, who is often be found working the floor. I can only aspire to the looks he somehow pulls off. 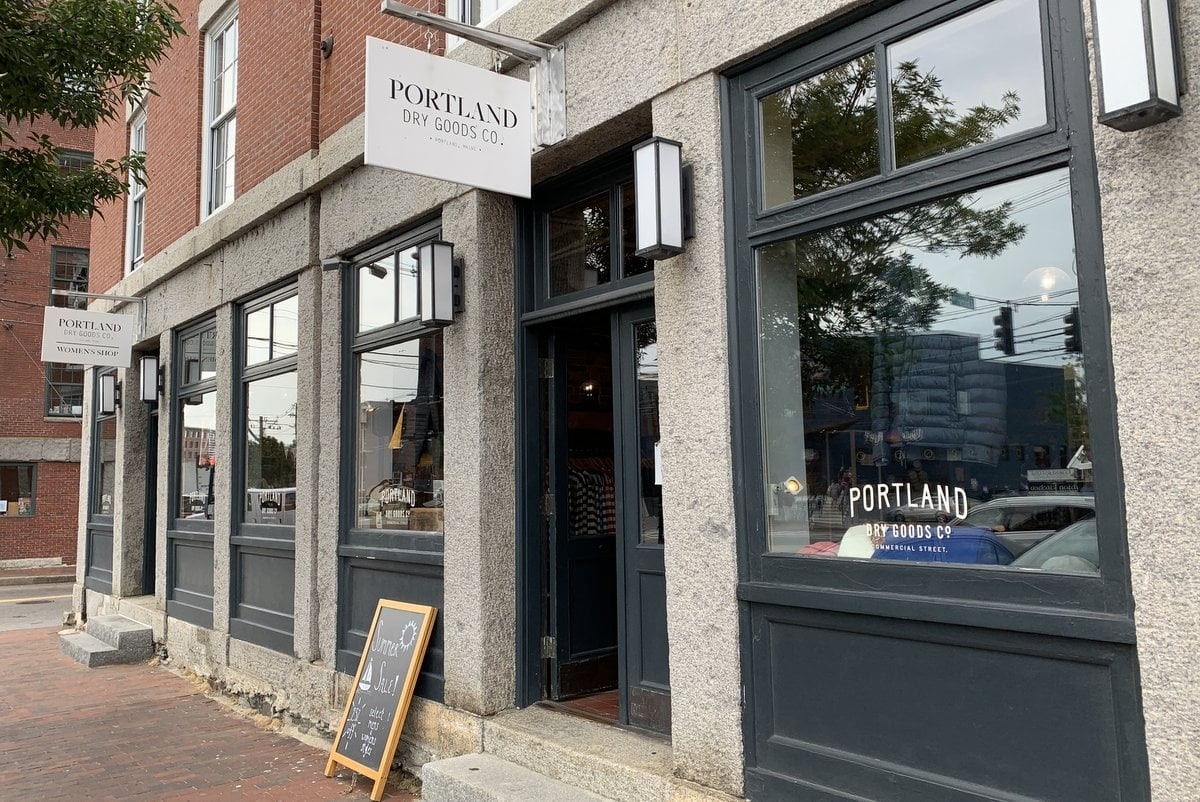 Located directly next to David Wood, Portland Dry Goods is the stuff heritage menswear dreams are made of. Racks of Filson Mackinaw Cruisers, Barbour Bedales and Baracuta G9s hang in a room full of exposed brick and rough-hewn timber with old vinyl spinning in the background. It’s where I suspect all the Brooklynites who relocate to Maine source their Carhartt work pants and Blundstone boots. Here it feels like the best part of #menswear—an interest in the original iterations of classic, well-made things—lives on without any of the gimmicks. 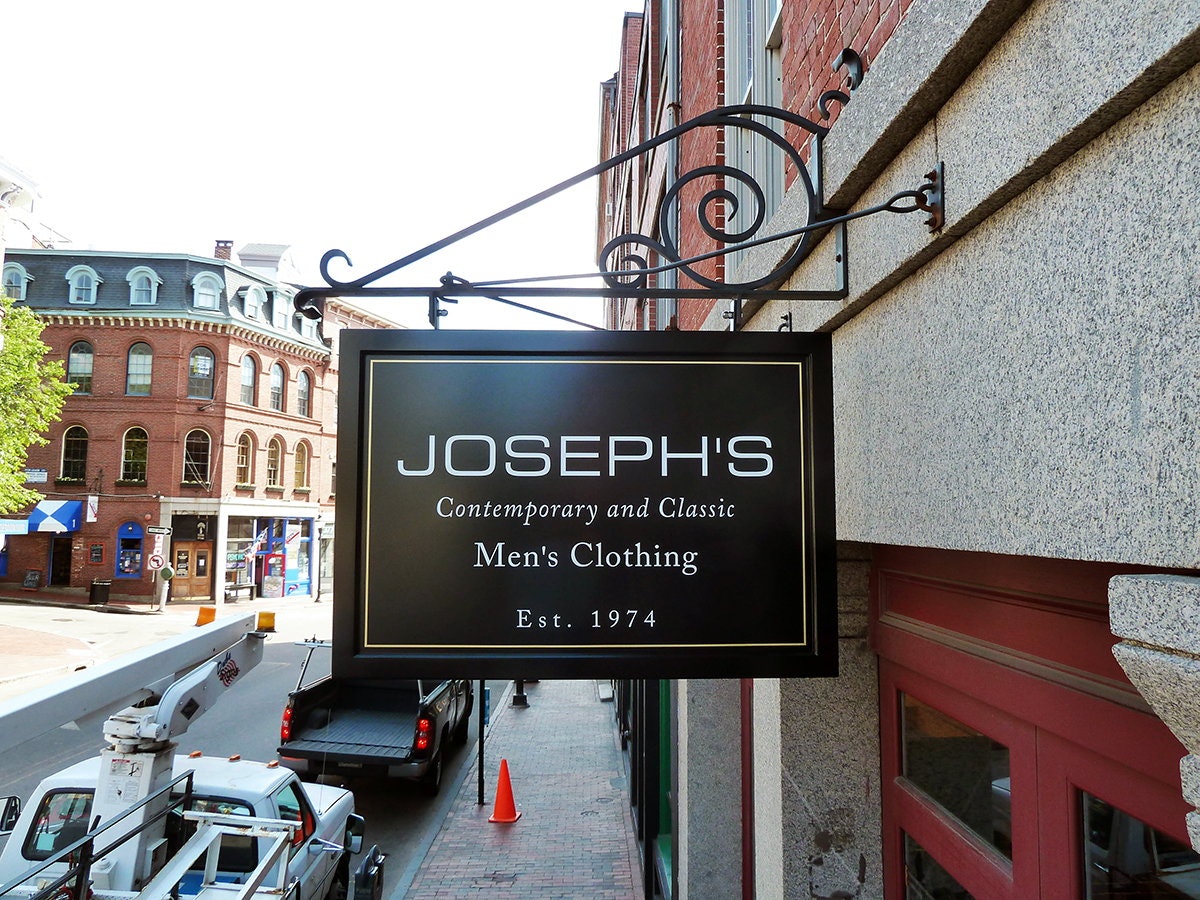 Housed in the same brick building since 1974, Joseph’s nicely straddles the formal/casual divide. They carry tailoring from Caruso and Hickey Freeman but also selvedge jeans by Naked & Famous and Raleigh Denim workshop. Two floors of inventory allow them to stock some more interesting niche brands too, like President’s, Gran Sasso and White Sand. And because some of the weirder stuff might be locally underappreciated, you can also find great deals on sale items: I still kick myself for not picking up a Derek Rose Black Watch tartan smoking jacket they’d once marked down to 70% off. 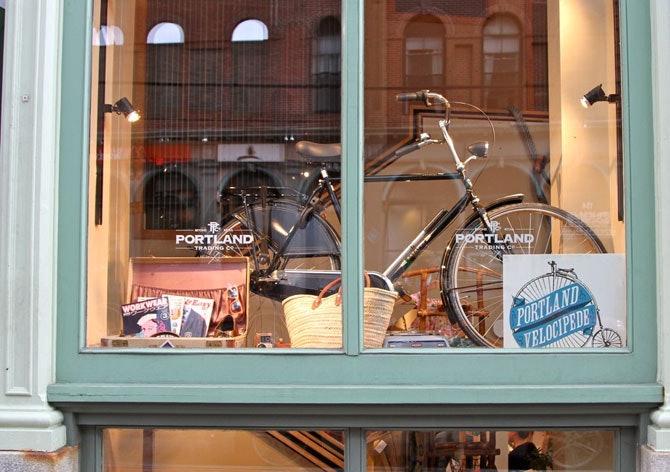 Half the fun of visiting Portland Trading Co. is chatting up its owner Kazeem, who might just be the friendliest guy in Maine and has incredible personal style. Swing by to get his restaurant recommendations but stick around to browse the shop’s wares, which cover men’s and women’s clothing, stationary, grooming supplies, and much more. PTC is best understood as a modern incarnation of those specialty shops of old, and I find myself discovering some Japanese penmaker or Italian perfumer I’d never heard of before but now can’t live without. And much of the clothing is designed by Kazeem himself and locally made in tiny production runs from unique fabrics he’s sourced on his travels. I once picked up a matching duffel and tote made from a deadstock L.L. Bean hunting scene cotton canvas that earns plenty of compliments.