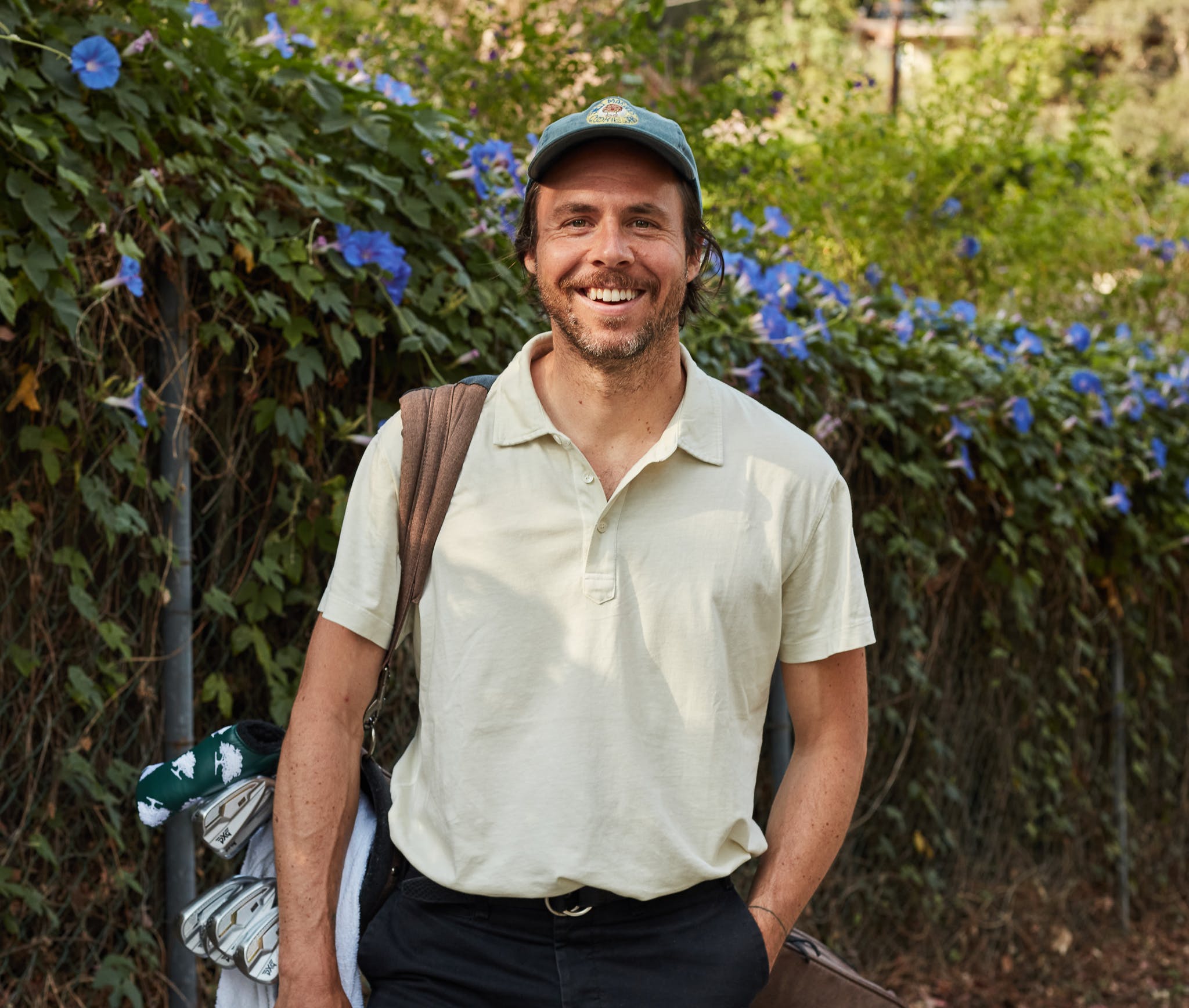 The Long Walk Back

For one golfer, a return to the game gets deeply personal

I grew up on the fourth hole of a gorgeous, Jim and George Fazio-designed course in Southern Maine, and spent my childhood summers picking Precepts and Maxflis from the high grass surrounding the perfectly clipped greens. And while my collision with golf as a player didn’t happen until my early teens, when it arrived it was all-consuming: I spent hours in the golf shop siphoning lingo from journeymen pros, memorizing a zillion rules, and nerding out on blades, croc belts, and balatas. I was on the first tee at dawn nearly every morning between June and September, flicks of dew chasing my browned ankles.

Golf appealed to many of my inclinations as a shy, introverted boy: In my life, I felt weak and insufficient—an only-child of divorce shuffled around to different neighborhoods and schools, always trying desperately to fit in. But on the course, I was a hero: The hero who challenged par fives in two, who expertly coaxed a wedge into a tucked pin, who bombed early morning drives that no one would ever see or hear. The course was where I escaped from a world I didn’t understand, and didn’t fully trust.

That all changed when golf brought me some attention. I collected trophies from junior tournaments across the state. I was interviewed and photographed by the local news. Even my stepmother, who was notoriously picky, appreciated my newfound allegiance to the game: “All your shirts have collars now,” she told me. “This is like a dream for me.” With these mini-recognitions came perhaps the first tastes of confidence I’d ever experienced in my life. Maybe golf was my ticket to people finally seeing and understanding me. And that’s what a lonely kid craves more than anything. 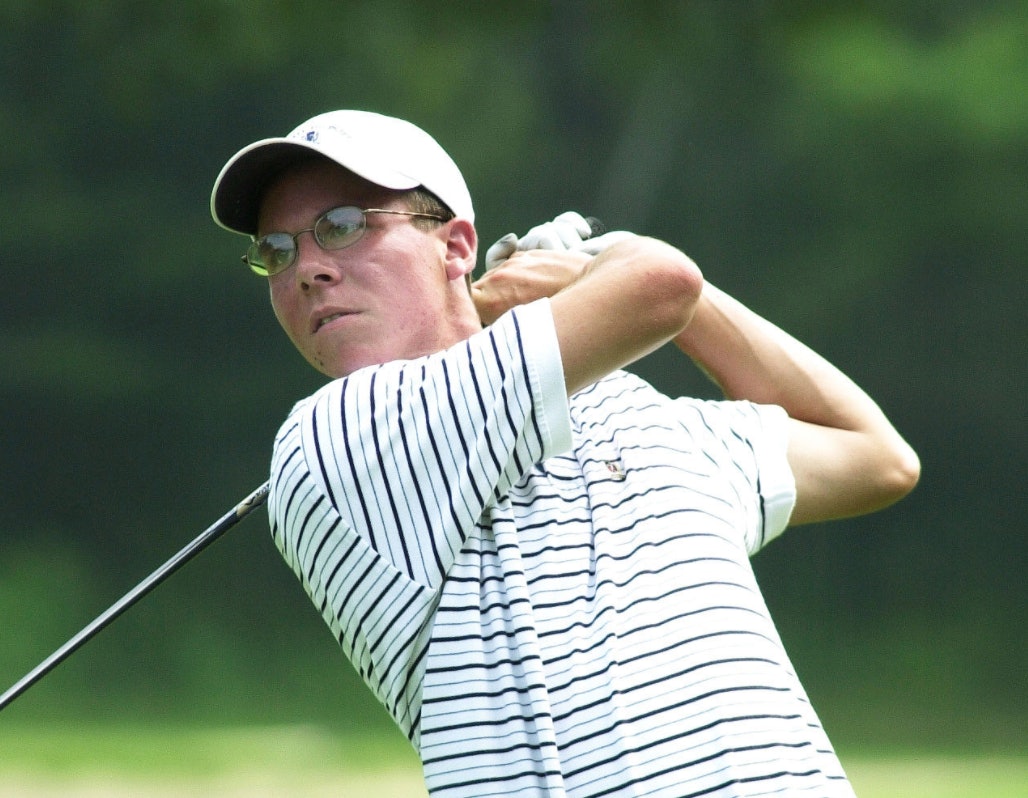 ‘Golfer’ became my first identity—one of many I’d try on through the years. The only problem was that identity wasn’t worth much once I got to high school. A Scotty Cameron Terrylium didn’t get you girls, or lead to any semblance of popularity. In my small town, mainlining Miller Lites and being part of the party crowd was the fastest ticket to fitting in, and I took it. And as the hazy nights out got longer, and the amount of booze it took to counteract my ever-present shame and social anxiety increased, the early morning tee times and evening practice sessions faded. By the time I was in my mid-20s, living in New York City and working in the fashion industry, golf was barely on my radar. It didn’t jive with the downtown cool guy, leather jacket wearing, model dating persona I was attempting to cultivate (even if it was only in my own mind). Once, on a magazine press junket to St. Andrews, my feet didn’t so much as graze a tee box. That cemented it—I wasn’t a golfer anymore.

That trip to Scotland was a part of a series of revelations that triggered the particular brand of existential crisis so common in our mid-30s, which, if we’re lucky, leads us down the path of self examination. For me, it lead to group psychotherapy, which took me into the recesses of myself in the coming years, into the world of that lonely kid who had found solace on the quiet fairways of Maine.

In therapy, I saw that since I’d felt no sense of security in my fractured family life, I took on whatever identity happened to get me the scraps of love I sought. Golf had done it for a while, so had being a party guy, then being a fashion kid in New York, the list went on in eerie, chameleonic syncopation. I still remember when my therapist told me, bluntly, that my shape shifting talents stemmed from an extremely low sense of self worth. Woof. And that part of establishing healthy self esteem would involve rediscovering who I was when I stopped living for others’ acceptance, and began living for myself. 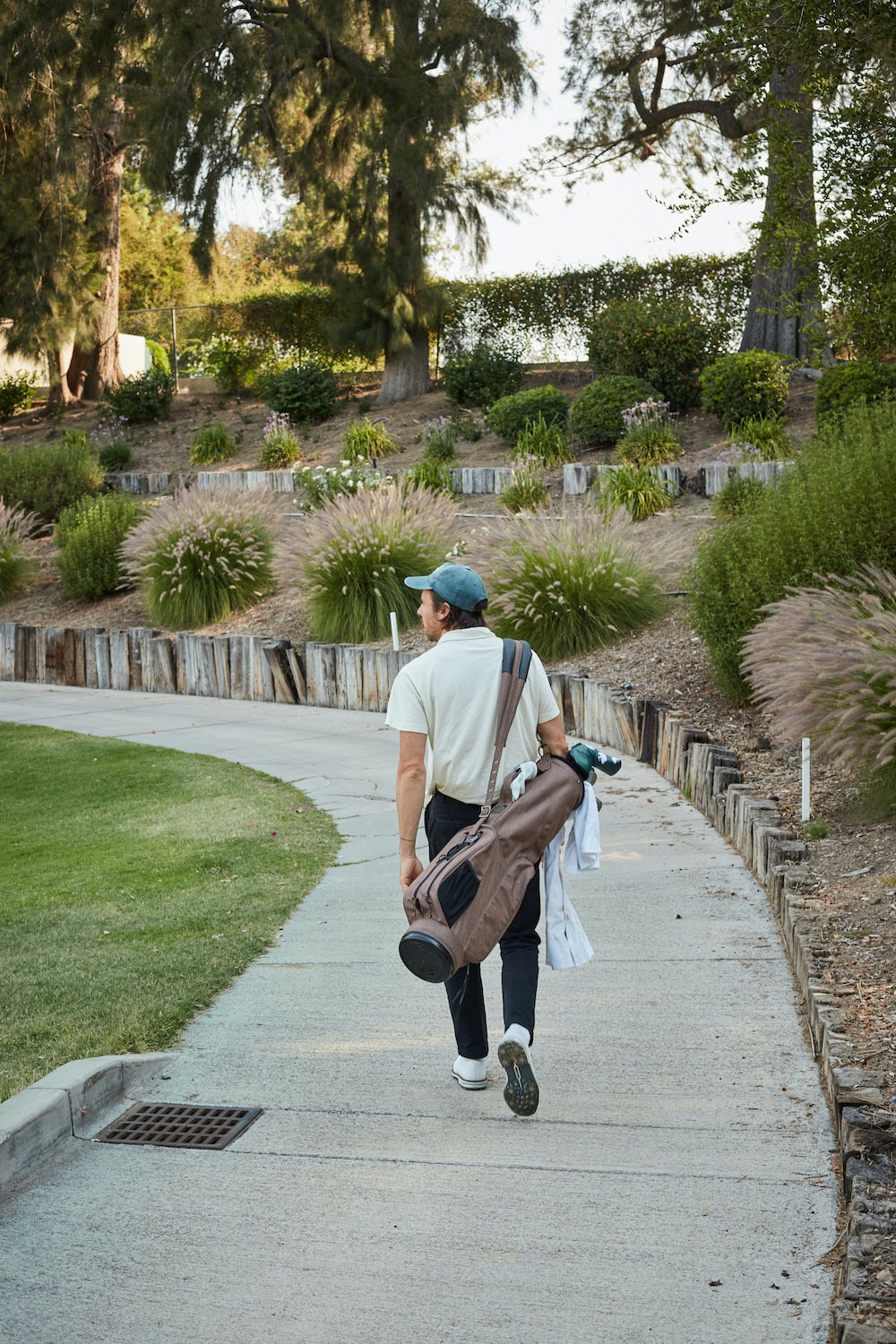 Rebuilding a life is a lot like rebuilding a golf swing—to understand why the shots flew the way they did, all the bad habits I’d picked up had to be examined in detail. Never being one to shy away from extremes, I figured the easiest way to go about it was to scrap everything and start from zero. So that’s what I did: I threw away my designer clothes, ditched the drugs and booze, broke up with my city and my girlfriend. I got rid of nearly everything I’d ever picked up in an attempt to be cool or fit in.

For several years, I combed the contents of my soul, searching for answers to who I was. And I knew I’d gone too far when there was nothing left to sift: I was broke, living in an ashram in Los Angeles, sleeping on a twin bed, eating meals from a communal kitchen. I’d given my entire golf bag - and many of my other possessions — to my housemates. I was living in the worst kind of minimalism — a joyless space where deprivation masquerades as enlightenment. And I didn’t know how far I’d gone until the pandemic hit. This isn’t it, I remember thinking.

I knew what I didn’t want, but it’d been so long since I’d felt content or happy, I was out of practice. A handful of months later, Michael called me to participate in a photo shoot for Todd Snyder and FootJoy. I hadn’t hit a golf ball in years, but from the first tee shot, my body reacted in a primal way. I couldn’t stop smiling. Even as my ego had tried to push golf away, my body, my cells remembered everything.

I bought the first set of clubs I’d owned in fifteen years, and slowly, I began making my way back out to the course. As I did, I felt a discarded part of myself coming back to life. I told many friends in the coming weeks: “I feel like a teenager again.” And as I rediscovered myself on the course — moving my body, shaping shots, connecting with old friends who had wondered where I’d disappeared — I saw that coming back to the game had become a metaphor for coming back to myself, rediscovering the joys of my youth, before the pressures of trying to be likable had swallowed me.

Ironically, in my absence from the game, golf had become more fashionable than when I’d left it. There are streetwear brands, and rapper advocates, Instagram and Tik Tok influencers and mindfulness gurus. Two million people in the US alone took up, or rediscovered the game during quarantine, and I guess I’m one of them. Healed, whole, and just happy to be here. Earlier this year, as my life coaching business grew, I finally caved and joined a course twenty minutes from my home. As a country club kid, I took the privilege to play golf at a private course in my formative years for granted. But now, the fact I’ve reached a point in my life where I can afford to treat myself to the same isn’t lost on me.

My greatest moments are still during those church-like early nines before the workday begins. Alone with my thoughts, in communion with nature, I realize that golf is a spiritual experience for me, and always has been. My days of keeping score are long gone, the only data I hold onto after a round are the sensory memories of the several pure swings, the tautness of my cheeks from the sunshine, and the knowing that I’ll be back tomorrow or the next day, and it will be just as sweet as it was today. I’m appreciative, and dare I say it, extremely grateful. I’m 37, about to begin the back nine of my life, and I’m a golfer again. Not for anyone else, but for me.

Sean Hotchkiss lives in Los Angeles and is a writer and coach. Recently he wrote about his relationship with his father for Esquire.