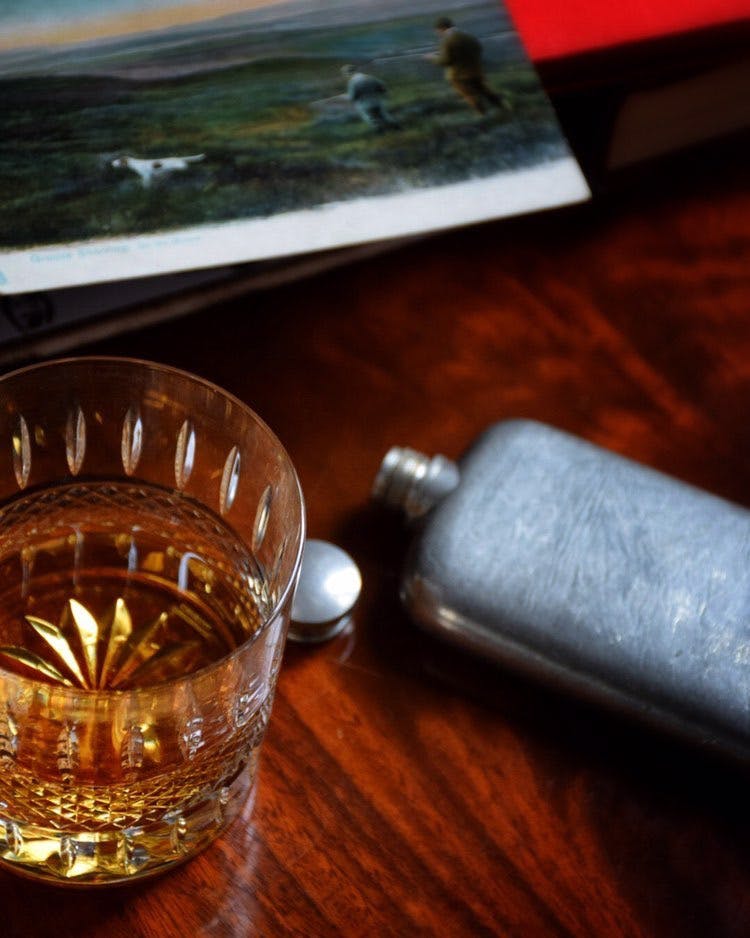 What is a Flask For?

Like tie bars and Old-Fashioneds, the flask was a fuddy-duddy relic that went from obscure to ubiquitous with the success of Mad Men. At the peak of the show’s popularity, I owned three of the same leather-wrapped flasks that everyone seemed to own.

Being young, I’d fill them with Canadian Club to drink en route to, at, and while leaving parties. Eventually, I realized that every time I left the house with a flask, I got a hangover. Better judgement prevailed, and those flasks were soon collecting dust at the back of my home bar beside forgotten syrups and a bottle of genever I never quite figured out.

Though I gave up the practice, I still loved the object. I’d find myself looking for old alligator leather numbers on eBay or coveting a WWII-era RAF flask at Crowley Vintage. More than that, I was still attracted to the idea of the flask, a portable pleasure that allowed you to pull a fast one on the puritans and share a moment with a friend.

It’s in this spirit that I propose a revival of the flask, but in a way that’s—to borrow the most over-used word of our times—mindful. No matter our ages, we should all be past the point of using flasks as blunt instruments to get zipped before a football game or a concert. Instead, let’s consider how a well-timed reveal and sip might contract the wait with a friend at a train station, fortify a walk through a snowstorm, or enliven conversation on the fairway.

To that point, leave the rotgut or riotously high-proof hootch on the bottom shelf. The goal here isn’t intoxication, but entertainment. At the same time, omit anything you’d rather experience in a Glencairn glass: no one’s getting top notes of marzipan or contemplating mouthfeel when the spirit goes straight from the flask’s mouth to yours.

Think of those workhorse spirits you’d never have a second thought about watering down but would confidently serve to a friend. The Four Roses Yellow Label, hovering at around $20, is the very definition of this; pony up another $10 and you’ll get the excellent yet affordable Small Batch. On the rye side of the scale consider Rittenhouse, while remaining cognizant of its 100-proof strength. 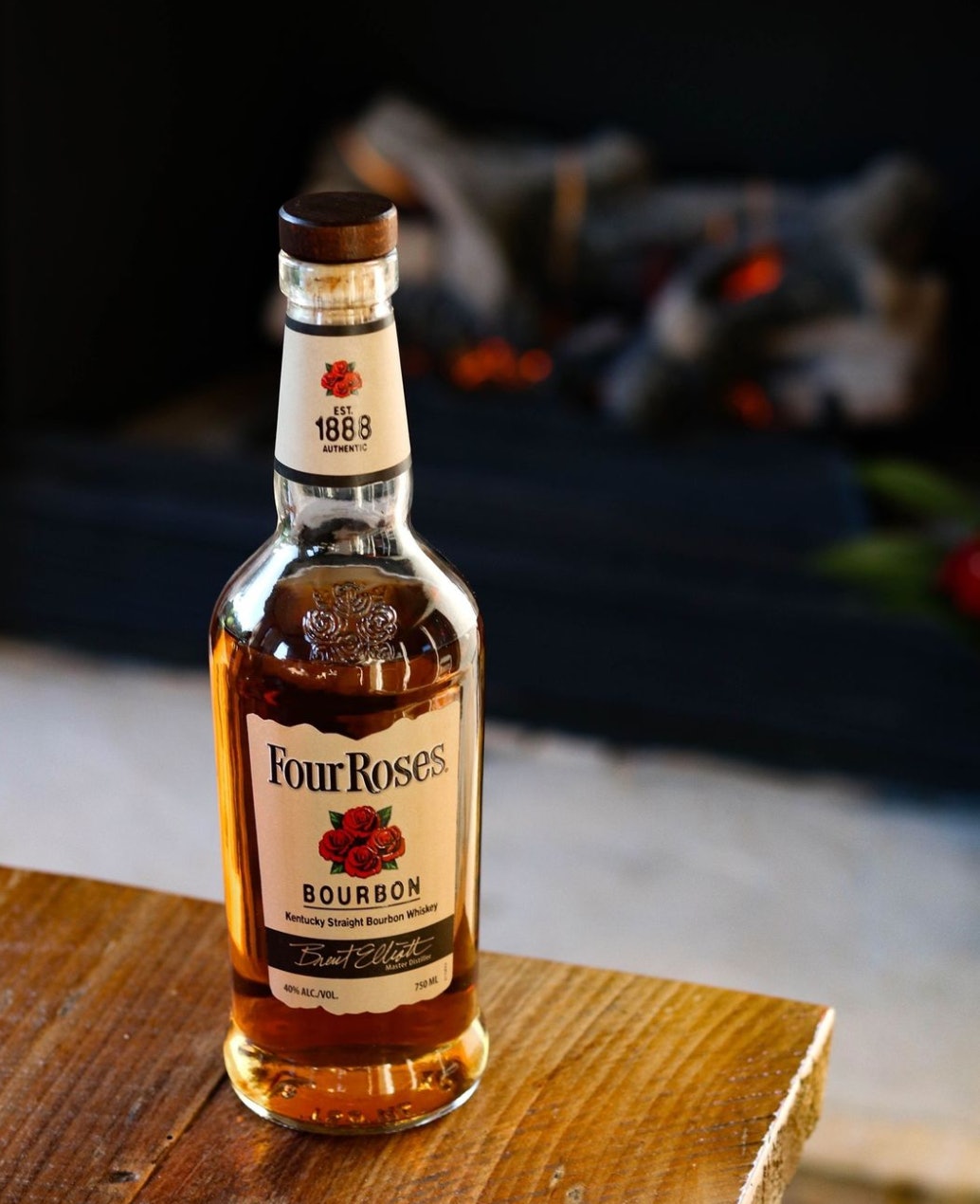 I favor dark, aged spirits for flask sipping: flasking vodka always smacks of desperation, and warm gin is a punishment. Rum remains an underrated category, with plenty of great bottles to be had for under $30: if you don’t know where to start, pick anything from Plantation. There’s something charmingly rustic about apple brandy in a flask: look for Laird’s Straight Apple Brandy.

As for the flask, I think it should always have a bit of character and personality, which helps to elevate it beyond its purpose. The needlepoint flask has an air of Yankee rule-breaking that remains attractive to me, and Smathers & Branson carries everything from the patriotic to the ironic (and many, many, golf motifs). At the higher end of the scale sits Sir Jack’s, whose flask selection runs from engravable pewter models at $99 a pop to early 20th century antiques and the absurd but covetable sterling silver hip flasks that run into four-figure territory. 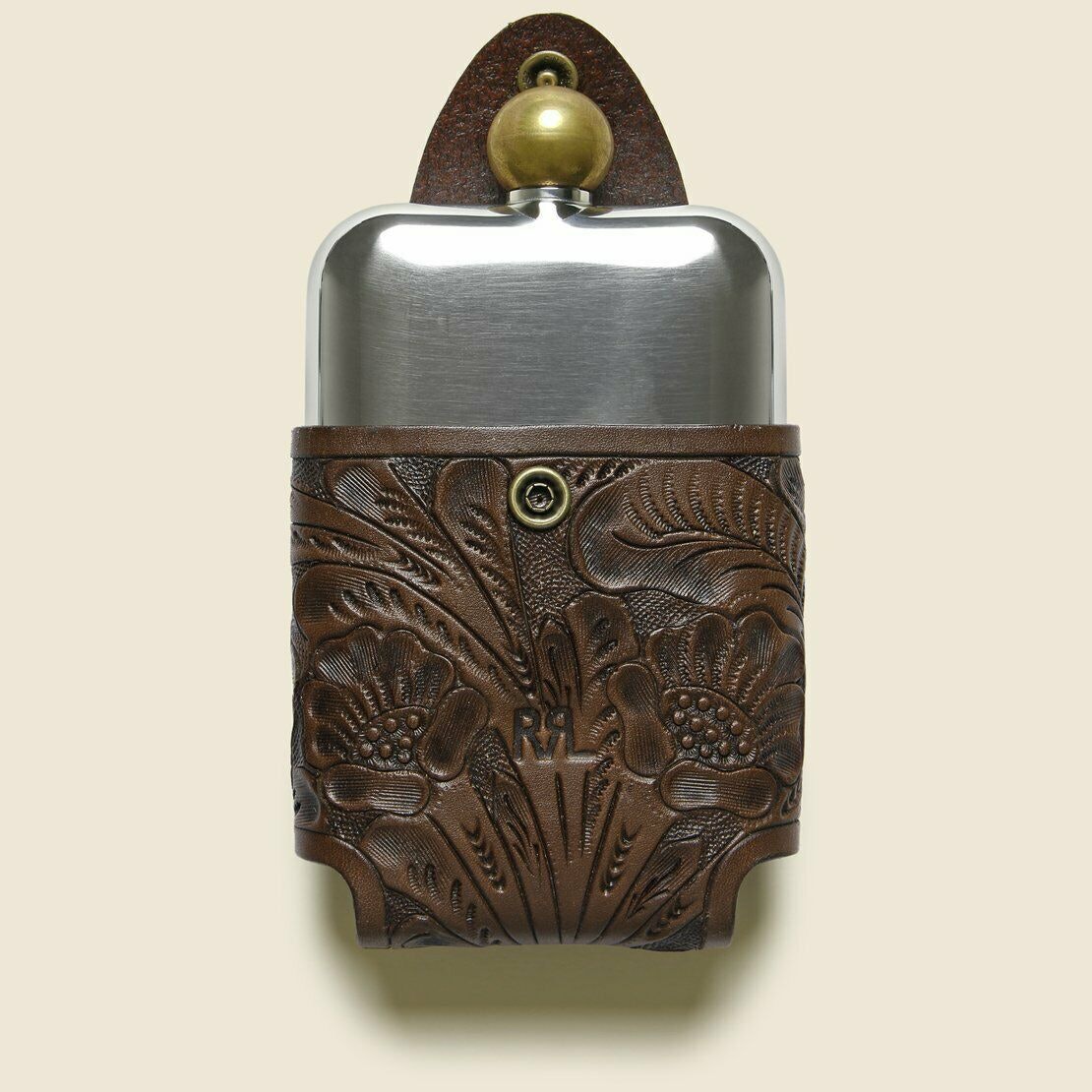 A choice RRL flask. Look to eBay for these.

My personal favorite are these RRL flasks that are constantly being flipped on eBay. It's made from stainless steel and with an elaborately decorated vegetable-tanned leather case that looks nice and feels good. And as we’ve discussed, when it comes to flasks, feel is half the fun.